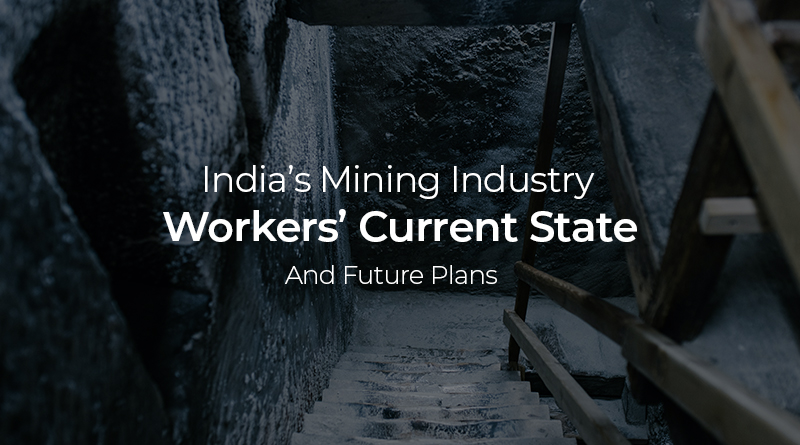 India has a rich heritage of mining and minerals. The mining industry in India is booming with several benefits that it offers to the country. However, the industry’s growth has been hampered by factors such as law-related issues, shortage in workforce and opposition from political parties.

The future of mining in India depends on a few key players which include the government, miners, and political parties. If these stakeholders work together to address the problems in the sector, India’s mining industry will undoubtedly be a success story in the future.

India’s mining industry is a significant player on the global stage, with its contribution to the GDP at 2% and employing about 16 million people.

One of the main reasons for India’s importance in this sector is because of its abundance of minerals, including coal, iron ore, copper, uranium, diamonds and gold. Mining has been one of the most important industries in India. It has also been one of the major sectors that have led to rapid development in some parts of India.

The mining industry has suffered due to recent price fluctuations in commodities markets. The Indian government have also imposed restrictions on certain types of minerals that are deemed resource intensive or environmentally damaging.

How The Decline In Demand Is Affecting The Indian Mining Industry Workers’ Jobs?

The Indian mining industry has been hit hard by the global slowdown in demand. The country is the world’s third-largest producer of coal, and there are around 12 million jobs in the mining sector.

The number of unemployed people has increased in India due to the drastic decline in demand for minerals and metals. Unemployment rates in Indian mining sector currently stand at 10% which is much higher than the overall unemployment rate of 4%.

The Indian mining industry is facing a downward trend of demand, which is affecting the number of jobs available for workers.

Due to the declining demand of coal and other minerals, mining jobs are disappearing.

India’s mining sector is witnessing a crisis as the demand for the country’s minerals and metals is declining.

Industry experts believe that we cannot know how reduced demand will play out in the future and what it will do to the unemployment rate of Indian mining industry workers.

The major reason leading to reduced demand in India’s mining sector is a slowdown in China’s economy. The high import tariffs levied on China by US, EU, and Japan have also contributed towards slowing down of China’s economy.

With low demand, more jobs are disappearing from India’s mining industry. There has been a rise in unemployment rates in the country’s mining sector which now stands at 27%.

What Are The Key Challenges Indian Mining Sector Workers are Facing?

India is one of the most prominent countries in mining sector. It has an estimated reserve of more than 1,000 million tonnes of coal which is the highest reserve in the world. India has around 4,000 mines that are spread across various states. Along with coal, India also produces iron ore, bauxite, mica and uranium.

However, Indian mining sector workers are facing many challenges on a regular basis at their workplace. The first challenge is on account of lack of good safety measures taken by companies who are running these mines which leads to large number of accidents and deaths at the workplaces on a regular basis. The second challenge is due to unsafe work conditions where they have exposure to toxic gases that affect their health severely leading to blindness or even death in some cases.

The Indian mining sector employees are facing a lot of challenges in their day-to-day work. There is a lack of proper safety measures for these workers, which they have been demanding from the government for years now. Apart from that, they are also suffering from social deprivation and appalling living conditions.

Workers in the mines in India also face a lot of challenges in their day-to-day work. There is a lack of proper safety measures for these workers, which they have been demanding from the government for years now. Apart from that, they are also suffering from social deprivation and appalling living conditions.

The future of the mines in India is looking bleak. With the rising demand for mining, the number of miners employed has increased as well, but with that rise has come a lot of challenges. The primary challenge that these workers face is that they are not being paid by their employers on time. This is not only making their work difficult – because they don’t have much to live on – but also making it harder to make any long-term plans for themselves and their families.

We should do everything we can to make sure these people are not forgotten about and can keep working in a safe environment where they are valued and compensated properly.

What Are Some Proposals To Combat This Declining Market of Indian Mine Workers?

The Indian market for mine workers is in a dire situation. According to the statistics, in the last ten years, unemployment rates in India have increased by 10%. The main reason behind this is the declining market for miners. According to Bloomberg, India has seen a reduction in coal mining of about 2000 million tons. As a result, there are about 3 trillion tons of coal that remains mined and not accounted for.

This has led to an influx of unemployed miners in Indian society. One proposal that can be made to help these people find jobs is implementing educational programs that teach them how to become engineers and technicians who work with mines and other heavy machinery.

The Indian market for miners has been on a decline and is showing no signs of getting better anytime soon. There are many things that the government and companies can do to combat this decline.

The Indian mine workers are facing a challenging situation with declining market rates which has been sustained for a long time. To help them, there are some proposals from the government and from the mining companies that can be done to improve their condition.

Some of these proposals include:

– creating new jobs for unemployed miners: the government could build infrastructure such as roads and bridges to help them find jobs in other sectors

– providing mining training courses: the government could work with schools and colleges to teach students about mining so that they can take up jobs in this area

– making it easier for miners to get loans: it would be helpful if banks were more flexible with their loan requirements